Today my flight arrived in Amsterdam around 7:40 am, which actually was a good 25 minutes early. Arriving this early in the morning made for a very quick go through passport control, which took about 5 minutes total. After collecting my luggage I waited at Arrivals 4 for my Mom’s flight to arrive.

We decided to take the Schiphol Hotel Shuttle into Amsterdam since you could purchase tickets once at the airport or ahead of time. Each ticket cost €17 a person for the shuttle service. The only part that took awhile was waiting for the shuttle, which took about 20 minutes since there was a long line of people waiting. The shuttle dropped us off last after two other stops, but only took around 40 minutes at most. I would definitely recommend this shuttle service since it was easy to find at Arrivals 4 and was pretty quick for the most part. It is also one of only a few options for transportation to hotels, besides taxis.

The hotel we are staying in is the Crowne Plaza Amsterdam City Centre. The location is very convenient near Central Station and near a couple major tram stops for the GVB. Wi-fi is free at this Crowne Plaza and throughout the property. We were upgraded to a better room level because of my Mom’s platinum standing with IHG . The room includes 2-Queen Beds and a complimentary Nespresso machine. There also is a small seating section by the window as well. Overall I like the location and would not hesitate to stay here again. 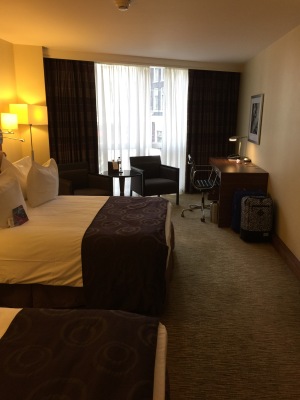 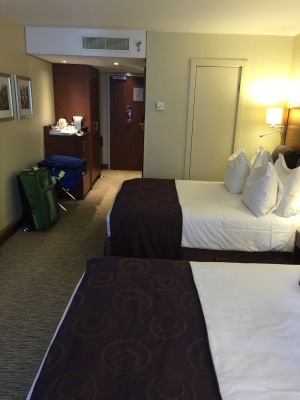 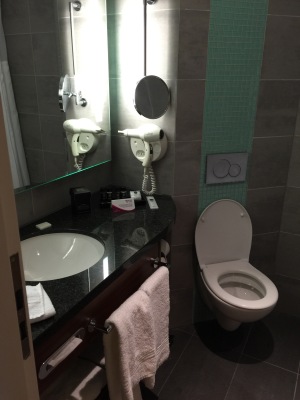 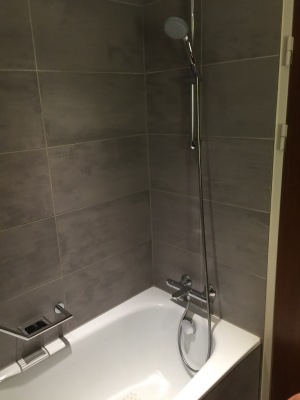 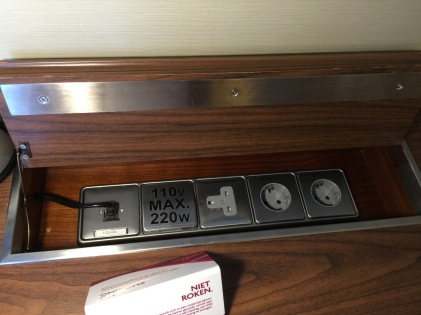 Under the 110v flap, there is 1 North American plug.

Today originally we had planned on seeing a few things, but since we were able to get a room right away we took a quick nap and I started to get a migraine. Unfortunately any sightseeing for the day didn’t happen. Later in the evening we did walk around the area and ate at an Argentinian Steakhouse. There are tons of Argentinian Steakhouses nearby the hotel. After a late dinner we just went back to the hotel for the evening.