Two days ago we were in Nuremberg and decided to go with the optional tour offered by Viking called the World War II tour. I decided to go with the tour since the included tour did not actually stop at the Nazi Party rally grounds or at the Palace of Justice. The included tour was €39 and stopped at the Nazi Party rally grounds, the Nuremberg documentation center, and the Palace of Justice.

On this day the boat actually was able to make it to Nuremberg with no delays, which was a bit of a miracle on this cruise. There seems to have been a combination of delays from oil spills or river traffic. The tour bus actually picked up outside of the Viking Baldur and the guide was the best we’ve had so far. He provided a lot of personal stories on the tour about his family and World War II.

The first stop was at the Nazi Party rally grounds, which is now a popular site for some rock concerts like AC/DC and drag racing. It was interesting to see the grounds to see how dilapidated they have become over the years and to see where Hitler once stood for speeches. Some of the structure still exists but some parts have been torn down due to poor building construction from the Nazis. 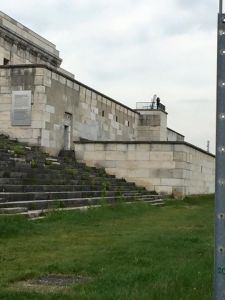 Where Hitler stood for speeches at the party rally grounds 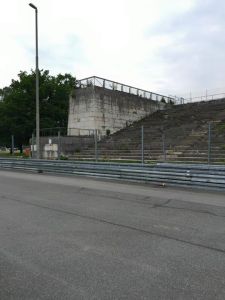 This section had been partially torn down due to safety concerns

One of the former bathrooms built by the Nazis

From the rally grounds we headed to the documentation center, which was originally supposed to be a Nazi Congress Hall. This building was made to look like a Roman coliseum but never was actually completed by the Nazi Party due to World War II. The building was supposed to be double the height than what was completed at the time. 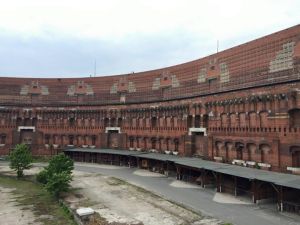 Never completed Congress Hall for the Nazis, which was supposed to be double the height

The museum focused more on the overall history of the Nazis and how they started. I will say I found the documentation center in Cologne to be more interesting since it had more personalized stories instead of overall history. There were a lot of interesting photos and some Nazi paraphernalia in the museum though. 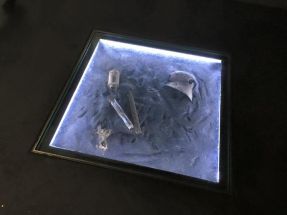 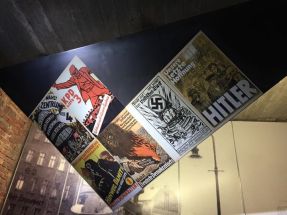 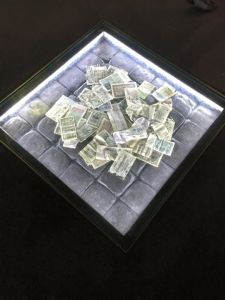 After the documentation center there was a brief drive throughout the city and then we headed to the Palace of Justice, which is the Nuremberg courthouse. We were able to see courtroom 600 where the famous trials of Nazis took place after World War II. It was fascinating to see where the trial took place and to see the spots where members of the Nazi Party were tried. We did not spend a ton of time here, but it was an interesting part of history to see. 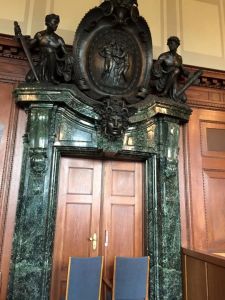 The tour basically ended unless anyone wanted to see one of the fountains of Nuremberg. We passed at this point since we were surrounded by some of the oddball of the boat who would ask they same question over and over. Our particular favorite is one woman from Alaska who puts on a fake Scottish accent that seems to come and go a lot. One ironic part about the fountain is many people thought it was beautiful, but none of them realized it is currently undergoing restoration and was covered in tarps. People are certainly entertaining!