A few weeks ago, I finally was able to share some big news about moving to China! Now I want to show you more of where I live.

Some of you may already be familiar with Tianjin, while others may not know much about this Chinese city. Tianjin is a 2nd tier city in China and is basically the maritime gateway to Beijing. The Port of Tianjin is the 10th busiest port in the world and is growing every day. Tianjin is a popular cruise destination due to the close proximity to Beijing and parts of the Great Wall.

From Tianjin there is a bullet train that takes about 30-minutes to Beijing, which costs around $9 USD. There are multiple trains a day and three different stations you can utilize. This makes it super convenient to go to Beijing for a weekend trip. Besides the train to Beijing, Tianjin offers bullet trains around China. I’ll be visiting Chengdu from Tianjin later this year! 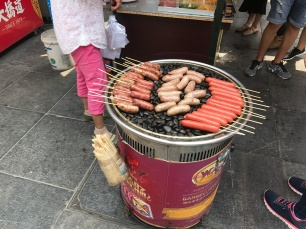 Tianjin is home to a few popular tourist destinations including the Tianjin Binhai Library and Tianjin Eye. One place I have visited a few times is Ancient Cultural Street. Even though Cultural Street is touristy, it is fun to look around at the shops and people watch. The street is a replica of Qing Dynasty architecture. I personally prefer shopping here for trinkets versus shopping at Pearl Market or Silk Market in Beijing.

I live where I work which is a university campus in the Beichen area. This is convenient since I don’t need to worry about traffic before heading to teach. The only downside is the campus is about a 30 to 40-minute taxi ride from Downtown Tianjin (depending on traffic).

Unfortunately, as we joke on a daily basis the campus is best described as being in BFN. Before I moved to Tianjin I was told the view from my room was a pig farm. Luckily the pig farm disappeared before I got there, along with the smell. Much of Tianjin is still going through a beautification process because of the National Games that were held in Fall 2017. 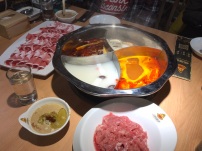 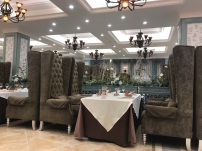 The one awesome part about living in China (especially for someone from the Seattle area) is the cost of living. For me the cost of living in Tianjin is extremely inexpensive. I probably spend around $6 USD for a 30-minute taxi from where I live to Downtown. An hour taxi ride this last Spring to Ikea cost me about $20. Most meals are costing anywhere from $10 to $15 and this includes alcohol and lots of food. Whenever I go out with my co-workers we typically are ordering 4 to 6 dishes. 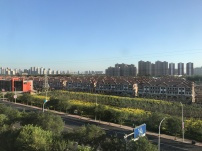 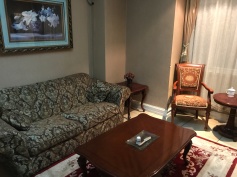 I know it has been a long time since I posted but there is really a good excuse as to why I’ve neglected my blog. Not only did I move once last year, I moved twice! First was from Miami to Washington State, then followed by my big move to China.

Preparing for moving to China was a huge challenge. The Z-Visa (Work Visa) kept adding additional requirements throughout the few month long process. Every time I turned around there was something new or additional I needed to complete. Obtaining my visa was around a four-month process with the paper work, authenticated documents, and medical exam. 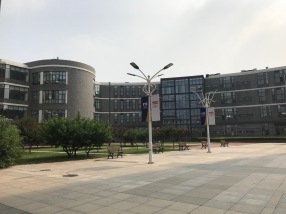 On top of the documentation, the San Francisco Chinese consulate was one of the first in the United States to require a personal appearance and fingerprinting. This required me having to make a short trip to San Francisco just a few weeks before I needed to be in China.

My work ended up leaving most of the visa process to me to figure out. Now I feel like an expert on obtaining Z-visas since I literally learned the ins and outs of the entire process! I’m glad I don’t have to reapply for my visa again since now I have a Chinese residency permit!

So now you are probably wondering where and what I do in China! Currently I’m working as a professor for a university in Tianjin that partners with an American university. And no, I’m not teaching English!!! I’m teaching hospitality courses with most of my focus on beverage and wine.

Besides working, I’ve had some time to explore Tianjin and go out a bit. Besides exploring Tianjin, I luckily had some time to go on vacation during two of the semester vacations. For Golden Week in October I visited South Korea and for Chinese New Year (also known as Spring Festival) in February I visited Japan. I plan on writing about South Korea, Japan, and Tianjin soon!

Most of this last year has been working, which took up a lot of my free time. Now life should be a bit easier since I’ve created most of my classes and lectures.